So many readers piped in to share their children’s favorite French cartoons- we got suggestions from both native French speakers, and parents hoping to expose their kids to French! As I was searching for clips, my kids enjoyed checking out the videos- all are suitable for kids, though I frequently use children’s cartoons to teach teenage language learners. (They usually love it, especially if I would show them in class:). Here is a list of 12 favorite French cartoons (new and old, originating in France or Canada). They are more or less in order from younger children to older children, with a preview of each on youtube:

This post may contain affiliate links. Thank you for your support!

Petit Ours Brun (Little Brown Bear), sweet French cartoons from the 1970’s, which are still popular today. There are several episodes on youtube, and you can also order as DVDs from amazon

. They have a cute web site with additional activities, links to their apps, coloring pages, etc.

Trotro (the donkey!), cute French cartoons recommended by 3 different families. It is also available on amazon

as a DVD, and you can watch it on Netflix, or here on youtube.

Caillou is a beloved educational Canadian children’s television series about a little boy and his adventures with his friends and family. Although the original series aired in French, the DVDs sold in the US are not available with a French audio option (!?). If you search on the Canadian amazon though, you can find many Caillou DVD options labelled “bilingual.”

Babar is a character from a 1931 French children’s book Histoire de Babar by Jean de Brunhoff. Canada has produced a TV series of the famous elephant and there are many episodes of these French cartoons on-line. Babar – The Classic Series Season One is available on DVD (with English and French audio options).

T’choupi et Doudou (Charley and Mimmo in English), Canadian French cartoons from Quebec about a penguin family. It is available to watch on youtube, or to watch on DVD.

Sam Sam is a 6-year-old good superhero “in training” living with his family and playing with his friends. The sweet stories demonstrate loyalty, friendship and courage. These French cartoons are available on DVD

, with clips available on youtube, and they have a cute web site for kids.

Petit Potam, French cartoons of a sweet little hippopotamus who drives the river ferry and also tells lovely stories. The movie was selected at the Cannes Film Festival Junior in 2001. You can see episodes on youtube, or watch the Petit Potam film on DVD

Oui-Oui was recommended by a friend who says their children used to watch these French cartoons every day after school. You can see many clips on youtube:

A friend- and mom to 3- who grew up in France recommended the next two educational French cartoons. First, the French animated television series Il Était une Fois… L’homme (Once Upon a Time… Man) and then Il Était une Fois… la Vie (Once Upon a Time… Life)– French cartoons which teach kids world history and then how the human body (its organs and systems) works. Though over 30 years old, they remind me a little of Magic School Bus.

I really like the animation and the multicultural characters of the French-Korean show Linus et Boom (exported as “My Giant Friend”).  Kids are protecting lost aliens from an evil agency, with a giant red alien named Boom. You can get Saison 1 (épisodes 1 à 13)

Les Mystérieuses Cités D’or (known in English as The Mysterious Cities of Gold) is an adventure story about three children who travel across the Americas in search of the Mysterious Cities of Gold- not for the gold, but to find their missing fathers. In the US, these “French cartoons” are also difficult to find in French- try Canadian amazon instead or check out some episodes on youtube:

Code Lyoko is a French animated television series that looks like Japanese anime. It’s a classic good vs evil show, with kids battling an artificial intelligence unit. This show is well-liked by kids, who should have an intermediate command of French to understand the plot. This episode on youtube has French subtitles, which is a great aid for language learners! Code Lyoko

is available on DVD, and has been made into a Nintendo DS

game that can be played in French!

Monde de Petits is a French web site for kids filled with songs and activities. Though created for native speakers, there is a plethora of videos and French cartoons whose bright colors and cheerful tunes will captivate young language learners. Even my kids- who know not a word of French!- asked to play another and another and another. As an added bonus there are coloring pages, games, and even a couple of recipes.

Surely I’ve missed some of your favorites? Which are your favorite French cartoons? Share them in the comments so we can check them out!

What do you think? I love to hear from my readers:). Cancel reply

This site uses Akismet to reduce spam. Learn how your comment data is processed. 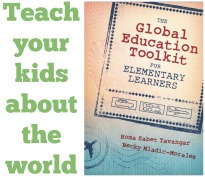 Send this to friend